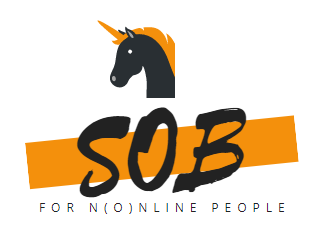 Getting Serious About Social Media

Why Killem FTW is my favorite crazy kid

I´ll admit it openly. I am not good when it comes to social media … you are just better at things you love. 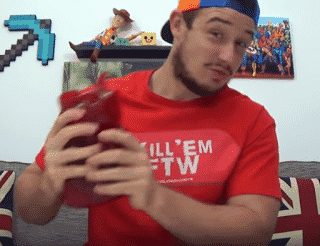 Someone who rocks social media and loves it is British Killem FTW. I am not sure if you would call it a subculture or zeitgeist – there is a new profession no headhunter is recruiting for.

Not with the same and quick level of success like Killem FTW (that stands for “Kill´em for the win”), but many people meanwhile make their living on YouTube.  A few, like the famous Markiplier, have success with more “serious” films like game reviews and walkthroughs, but a growing number of people make their living from what can be called exhibitionistic fun-masochism.

I just made this word up, but it hits the nail in my opinion.

It might not seem that harsh when you look at the first picture that shows the kid attempting to eat the largest gummy bear in the world in under a minute.

KillemFTW was able to generate a following of about 120K on his main channel on youtube. 46K followers on Twitter, he is also active on Snapchat, etc. The level of genuine engagement with his posts on Facebook, YouTube and Twitter is ginormous. Meanwhile, he sells his merchandise and can monetize on adds and such.

On the first look, one might think that it does not need a lot of skills to torture oneself with ghost peppers, cinnamon, etc.

The number of interaction, loyal followers, and subscribers proves this thesis wrong. Most people never generate a lot of views and even less loyal followers. Naturally, funny videos will always have more views than sales presentations.

The job is not as easy as it might seem. 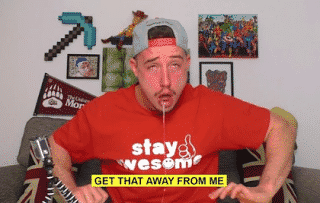 YouTube is getting more and more competitive and to stand out you have to have great ideas and … even better pain-management.

I mean .. I am not the target group. I am disgusted by any form of vulgarity, violence and one would think I am too old to enjoy silly senseless pranks and stunts. Personally, I could not watch half of the videos because they are too vulgar or extreme for my taste.

The age thing… on a side note: I never understood why people put an age on things. Why does society expect us to listen to uncool music as soon as the bell rings 40? Or why does the butcher think we do not enjoy the free slice of sausage as soon as we are 15. Stupid!

I do watch some KillemFTW clips from time to time, and he never fails to entertain and make me laugh.

Some of my favorite work:

He created a “3 Guinness World Record” Challenge. He attempts to beat three silly world records, and there is a (bitter) forfeit if he loses. So far he lost all challenges.

Most challenges are plain dangerous, gross and stupid – but some are a lot of fun.

My personal favorites are often the “easier” challenges like for instance one of his less successful videos –  his one-year anniversary video in which he does his first four challenges in one:

It is easier once you have the first 10K or 100K followers and receive tons of feedbacks. KillemFTW had a hard way to where he is now. He did a few things right:

Whatever you sell: Whether you spray ghost pepper on your eyeballs and jump out of your window in a container full of balloons or whether you are responsible for M&A: Perseverance, authenticity and the ability to create instant connection are the traits of winners. It helps if you love what you do.

As we all know, there is no such thing as something you always love doing. And that´s the last indispensable trait of a winner: Discipline.

And that one sentence is probably better advice than most of the “social media hacks” and sh…. I keep reading.

Where to find out more

If you are in for the laugh and the entertainment or if you want to see how someone created numbers of followers and genuine interaction most of us can only dream of … check him out here, there and

As you know … this is my side blog that has no other purpose than sharing things I have learned while growing my coaching business and allowing myself to reflect on whatever crosses my mind. For some reason, this side blog has quite a lot of visitors and if some of you discover KillemFTW – I will be happy for him.

This article is just my observation as a 46-year old. There is no real point to this article, no morale or teaching.

Beside maybe: If you are serious about social media you better get serious.

Until next time, people.

Oh, and, hey: Have a look at my new training – shares and attendance will be much appreciated (;