Facebook / Google – War on the Expense of the Consumer 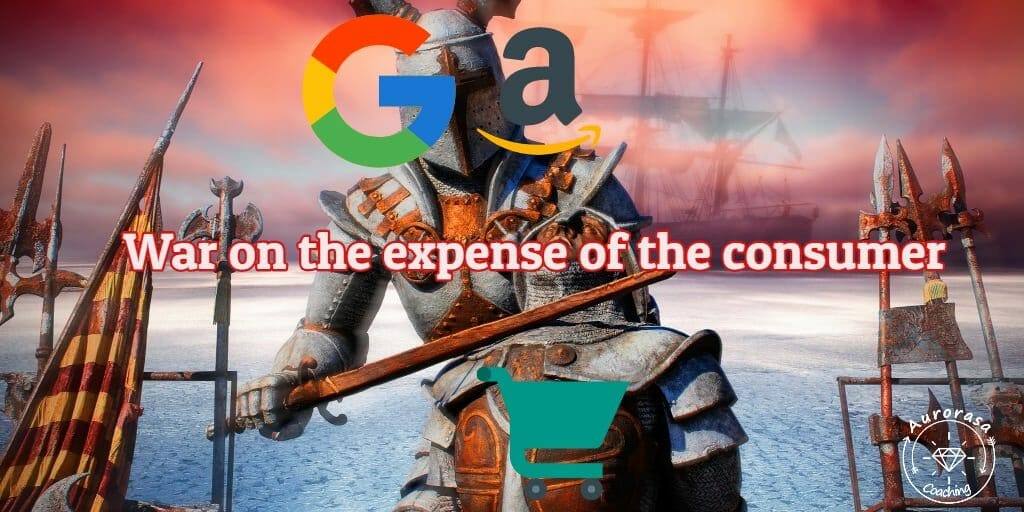 Yesterday, Google announced that they will remove their YouTube app from all Fire devices. Fire phones, Fire TV, Fire Stick, Fire Tablet as well as Echo.

I don’t know how you feel about the politics between Google and Amazon. I, for one, am getting pretty tired of it.

As an additional punch in the face, Google reports this via in-app messages. When I started YouTube yesterday, I was greeted by a message that YouTube will be unavailable on my device from 01/01 and I was offered a list of devices that are still supported.

It’s probably save to say that this will influence Amazon’s Christmas sale. Without YouTube, their Fire TV and Stick become so much less attractive.

Basically, any other device in the world.

For years now Google and Amazon are fighting each other.

What is the Google / Amazon fight about?

In summer of 2015, Amazon declared that they will stop selling Google Chromecast and Apple TV. The argument was that buyers might get confused because both devices do not offer Amazon Prime Video.

The lameness of this excuse was painfully obvious. After all, Amazon could have just provided an app for both devices.

One could think that this was due to the competitive situation as Amazon regarding Amazon’s Fire Stick. But they didn’t stop selling Roku.

What is more likely is that the reason is that both, Apple and Google, ask 30% fee if someone books a subscription via their devices.

Meaning if someone would book Amazon Prime via an Apple or Google device, Amazon would have to give up 30% of the sale.

Obviously, I am just speculating here. What is a fact though is that this situation is super annoying for us buyers.

Can I still watch YouTube with my Amazon devices

Yes, you can. You will have to sideload the apps.

While I might do that for myself, I will not publish sources where you can download the apps and how you can sideload the apps.

After all, there is a risk involved I am not willing to take. You might download adware. Or worse.

A simple Google search will show you the way. Just make sure you download apk’s only from sites that look reputable, for instance, offer a forum and are around for a while.

How to recruit top affiliates

How to monetize MIT App Inventor Apps with Admob Adsense

7 wonderfully effective sessions to keep you going!On sale until Christmas - it doesn't get better than this.Buy nowHow does it work? Depending on our state, our brainwaves "swing" differently. For instance, when we are angry, asleep, excited ...Brainwave Entrainment stimulates our brainwaves to swing in the frequency that serves ...